Binn Group has lodged a request with Perth and Kinross Council to increase capacity at its EfW plant at Binn EcoPark.

The waste management provider is seeking to upgrade existing permission granted in 2006.

It has requested a 41% increase in incinerator capacity and modifications to building design at the plant near Glenfarg.

The revised plans envisage increasing the plant’s capacity from 60,000 tonnes to 84,900 tonnes each year.

The proposed facility is predicted to enable a net reduction in greenhouse gas emissions of between 8,900 and 16,100 tonnes each year compared to landfill.

Its operation is not expected to cause any major negative environmental consequences, according to specialist reports.

The facility would generate approximately 8.6MW of electricity per year, 85% of which would be exported to either the local Binn Grid or the local electricity distribution network. This is enough to power 14,677 homes.

The remaining 15% would be used to power the EfW facility itself – which would also be able to generate heat in the form of steam or hot water, for use by local businesses.

“If plans are approved, we would hope to start work later this year, creating 200 jobs during the 28-month construction and development phase, with 30 permanent jobs once the plant is operational, hopefully by 2023.

“The work represents a £70 million capital investment and will ultimately result in an estimated gross value added of around £12.6 million for Scotland and £2.8 million locally.

“Too much of this resource stream is currently shipped abroad when we could process it here through a more carbon-friendly solution such as EfW.

“Our proposed plant will offer an option for both local businesses and industry – and local authorities – to meet their legal obligations.

“By offering a low-carbon solution to combat a national problem at local level, Binn Group will play a key role in supporting the transition away from landfill and help drive the [Scottish] government’s zero waste strategy.”

Binn Group plans to host a series of public information meetings and online community engagement platforms to inform the public about their proposals.

Looking forward to a jam-packed Energy from Waste Conference 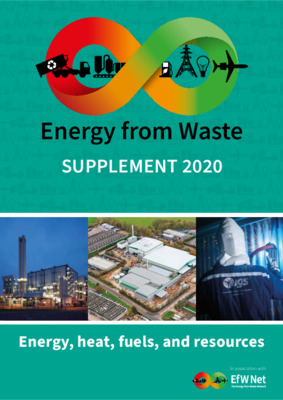