Earthworm founder Ben Prior: 'Investors are OK with us taking a little bit of risk'

“There’s been loads of times where I thought I should never have left my job and I was looking into the abyss, but it those times you know what you’re made of.”

Ben Prior took the decision to leave the familiar, stable territory of corporate finance and set up his own fund management firm, Earthworm, in 2010. Since then, the company has championed projects across the power, waste and food sectors, using mainly funds from private investors.

The UK was in a very different place economically, politically and socially when Earthworm was first launched. The anti-plastic tirade was yet to become mainstream and most people simply felt apathetic towards any major environmental action. Yet Prior was determined to create a new type of investor model for projects which not only creates profits for its shareholders but is also a force for environmental and social good.

The company’s first project was building and operating a 30,000-tonne per year composting facility in Northamptonshire. With no environmental operational experience, this proved to be quite the learning curve for Prior. He says: “Composting was the lowest capital cost to the market and we wanted to showcase a site so waste was our first entry into the market. We raised £2m in 2011 and built the plant in 2012.

“We looked at biomass which was too expensive and AD [anaerobic digestion] but we couldn’t get our heads around the operational day-to-day. I wanted to prove to investors that I’m not longer in the City [as a corporate financier] but someone who knows about environmental things.”

Despite plans for Earthworm to own and operate more sites, Prior began receiving lots of requests to raise investment for other projects. He adds: “Our intention was to find more sites ourselves, but people started approaching us asking if we could raise money for them. We found that developers are much happier to sit down with us because we talk their language.”

The first few years were tough, with Prior at one point paying his staff personally because the company didn’t have the cash. But the gamble paid off, and now Earthworm has raised funds for series of projects including solar development and back-up power. The firm also operates a metals recycling facility and has built eight facilities within the waste sector to decrease waste to landfill.

As with many successful entrepreneurs, money has always been a driver for Prior, but he is determined for this not to come at the expense of the planet. It’s an admirable position in what is a fast-paced and often brutal world of business, but this represents a sea change in expectations of what a ‘good business’ looks like.

Earthworm makes sure that once investors are paid, 10% of its profits go to charitable causes, 10% to employees and 10% is invested back into future innovation, ideas and development. He says: “I love what we create and it is exciting. I want people that work with us and invest to get excited about what we do and convince people that we aren’t just a wolf in sheep’s clothing.

“If in five years’ time we sit down again and we were a traditional fund management business, then we’ve failed.”

How we protect the earth and its finite resources is no longer a job tasked solely to green groups and non-profits, but it is often difficult to get the balance right between being an eco-business and getting the suits of the City to view environmental projects as a sensible investment. Would Prior call himself an environmentalist?

“The phrase that comes into mind is ‘tree hugger’ and maybe that’s unfair, but that is the perception. If I went to my investors and they saw me as environmentalist first, they wouldn’t invest. I always make a play that is has to be investment first but the environmental impact has to be there for us to commit. It can’t be one without the other.”

Prior’s 10-year-old daughter Pheobe may still think of her dad as a friendly composter, but not everyone shares this simplistic view. Building any site linked to waste is often fraught with pitfalls, and the Earthworm team have been working hard with nearby communities to get them on board with clean energy.

“I can understand the risk and suspicion and people think we’re there often just to make money so we try and give them as much information as possible. But there’s so much opportunity in waste because so much is leaving our shores and we’re not dealing with it ourselves, so we want to solve that problem by building more facilities.”

Prior is highly critical of both the import and export of waste, believing we should have much more sophisticated infrastructure to deal with it on the UK’s shores. “Some of the big businesses in this country are importing tonnes of wood per year from Canada, burning it and then claiming a tariff for burning the renewable energy. I really don’t like that and think we need stricter rules and regulations.

“Just imagine the carbon footprint of shipping it all that way. Ultimately, profit is the common denominator. We’re not angels and we are trying to make a return but it’s about finding the balance.”

Prior’s knowledge is impressive and as he rattles off areas of legislation and previous examples, it becomes apparent why investors would trust him with their money. “Investors are OK with us taking a little bit of risk and don’t mind us deploying money into planning, and the relationship is critical. To think someone has written a cheque to invest our funds – I’m blow away by that. We take it very seriously and do our best to get that money back to them.”

Yet Earthworm won’t back technology that is yet to prove itself, deeming it too financially risky for its investors. Prior adds: “New tech is to be embraced, but with caution. We’ve seen a lot of tech that hasn’t done things we thought it would do.”

But the firm does keep a close eye on how technology can be harnessed to benefit the environment and is currently working with a carpet recycling technology company to reduce the 400,000 tonnes of carpet which goes to landfill in the UK every year.

As questions continue to rise over how to sustainably feed a growing population and provide power for their lifestyles, companies providing a social good are becoming more relevant and in demand.

For Prior, it’s this difference which is the key driver of the Earthworm team. The company’s commitment to changing the shape of the UK environmental sector is bound to draw in more investors. He adds: “It’s a mission for us now rather than a means to an end.” 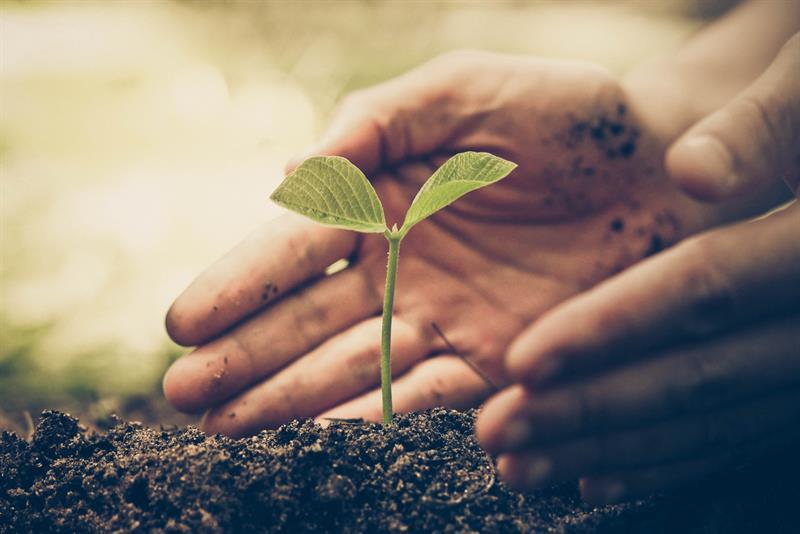 Earthworm founder Ben Prior: 'Investors are OK with us taking a little bit of risk'