ADBA has facilitated the rapid growth of a sector whose potential in meeting global waste challenges opens huge opportunities for the next decade and beyond.

The first reference to biogas as a product of decaying organic matter was in the 10th century BC, when it was used to heat bath water in Assyria. The microbiological process of anaerobic digestion (AD) was scientifically identified seven centuries later, and the first digestion plant was built in India in 1858. AD first reached the UK in 1895 when biogas generated from sewage treatment was used to light street lamps in Exeter.

It took many more decades of scientific research into microbiology, economic drivers (such as World War II spurring the need to find new energy sources), and global acknowledgment of the environmental impact of fossil fuels and waste to establish AD as a new option within the renewables industry in the second half of the 20th century.

Denmark took an early lead in Europe, with the local industry taking off in the 1970s to ‘80s as part of wastewater treatment.Danish company Landia was a major player in that sector, and its subsequent expansion into the UK in the 2000s helped accelerate AD technology on this side of the North Sea.

In 2009 AD was still very niche in the UK, promoted by a small number of companies and enthusiasts – notably farmers who recognised the value of generating green energy and biofertilisers from organic matter to provide electricity and gas, and nourish the soil.

The technology was mostly used in the wastewater treatment sector, but it was not commercially viable as a standalone and needed government support. The renewable energy sector might have been growing but when it came to policy incentives and investment AD was overshadowed by solar and wind. Nuclear was also a rival alternative to fossil fuels.

Yet the time had come for AD to become a sustainable sector in its own right. A group of industry leaders who could see its potential approached Liberal Democrat peer lord Rupert Redesdale for support lobbying for double Renewables Obligation Certificates for AD. They ultimately joined forces to set up a trade association dedicated to helping develop AD in the UK and giving the industry its own voice and representation.

This passionate core team needed legal expertise to help set up the association and Redesdale called on lawyer Charlotte Morton to assist. Little did she know that a few hours of legal advice would lead to more than a decade at the helm of ADBA as chief executive.

A few days after it was officially registered with Company House the Anaerobic Digestion and Biogas Association (ADBA) was launched at a reception in Stoneleigh Park, Warwickshire. It would go on to change its name to the Anaerobic Digestion and Bioresources Association to reflect a broadening remit, which includes emerging complementary technologies and products that add additional value to the core AD process.

ADBA’s strategic aims were, and remain, to fulfil the potential of the industry, remove barriers to growth, make the best use of resources, and demonstrate the value of AD and biogas for the UK. A core objective, given the expected growth, was also to set standards and best practice to ensure the development of a safe and high-performing industry.

Within weeks of its launch, with Redesdale as chairman, Morton as chief executive and 10 founding members, ADBA hosted its first national conference, published the first edition of its magazine, and organised the UK AD and Biogas Expo.

It was the first AD-specific trade show in the UK, showcasing 70 exhibitors at the NEC Birmingham. The exhibition coincided with the coalition government of the time promising ‘a huge increase in energy from waste through anaerobic digestion’. In its first year of activity ADBA recruited 233 members.

“The first three years were particularly focused on educating government departments, planners, local authorities, customers, and the general public”, says Paul Davies, sales manager at Landia UK. “AD was not easy to understand; it was something magic that people outside of the sector didn’t know about.

“So ADBA held many conferences, organised working committees, hosted training courses and carried out endless lobbying to explain how AD worked and its value to the UK economy. The initial support of lord Redesdale, who helped get the commitment from the coalition agreement, led to a massive growth of the industry in its first decade. It would have grown without this boost but at a much slower pace.”

ADBA has been steadfast in campaigning for a more supportive policy environment ever since, working closely with members and stakeholders to secure incentives and investment. Its latest achievements include a strong presence for AD within the Resources and Waste Strategy committing to mandatory separate food waste collections in England by 2023, and a pledge in last year’s Spring Statement to increase the proportion of green gas in the grid.

A key objective of ADBA when it was initially set up was to help improve standards within the industry. The trade association reached a major milestone in 2012 when the first edition of The Practical Guide to AD, written by working groups of ADBA’s members, was published to support operators. Voluntary Guidelines on Best Practice for Crop Feedstocks in Anaerobic Digestion soon followed.

The next building block in ensuring operational excellence would be the introduction in 2017 of the AD Certification Scheme (ADCS) to accredit the all-round safety, environmental and operational performance of AD plants.

In 2018 Granville Ecopark became the first UK AD plant to be certified under ADCS, closely followed by Malaby Biogas, with many others now going through the process.

ADBA was also keen to promote excellence through the AD and Biogas Industry Awards, established in 2012 to celebrate the sector’s pioneers.

The creation of the World Biogas Association (WBA) in November 2016 – with ADBA’s support as a founding member – opened international doors to the UK industry and also helped demonstrate the industry’s potential to the UK government.

The WBA’s industry research into global food waste management and the global potential of biogas raised awareness of the technology well beyond traditional industry circles and helped position the sector as a significant player in addressing the current climate emergency.

Indeed the United Nations Framework Convention on Climate Change acknowledged the need to integrate AD and biogas into countries’ strategies to meet their Paris Agreement commitments at this year’s inaugural World Biogas Summit.

Having successfully given a voice to the UK AD industry, ADBA has been instrumental in helping achieve global recognition for AD and biogas and strengthening the position of the UK AD industry internationally.

This helps champion the export potential of the UK, which currently stands at £200 million-worth of biogas-related expertise and equipment per year, as well as helping to make the case for more support for the UK AD industry.

Over the past decade AD has been increasingly recognised as a significant technology to decarbonise both the global and UK economies across multiple sectors. Since 2009 the industry has grown by 350%, with nearly 650 plants being commissioned, a workforce raising to well over 4,000, and a capacity of more than 1GW of electrical equivalent – enough to power around 1.2 million homes.

AD has helped reduce UK greenhouse gas emissions by 1% per year – a figure that, with the right policy and funding support, could rise to 5%. Globally the industry has the potential to reduce emissions by a massive 12% but today it is reaching just 2% of its potential.

With climate change rapidly becoming an existential issue the next 10 years will be critical to preventing its worst effects. As countries, including the UK, set net zero emissions targets by 2050 AD has become a vital part of the solution.

It is a ready-to-use technology that can be deployed quickly to slash emissions, particularly in hard-to-decarbonise sectors such as transport, heat and agriculture, as well as restore soil to boost food production.

AD’s ability to recycle and treat organic wastes, extracting far more value than landfill or incineration, and turn them into valuable green resources also makes it a circular economy trailblazer.

“AD has become one of the most innovative and important industries in the UK,” Charlotte Morton says. “It has demonstrated the critical role it can play in addressing climate change and in developing a sustainable circular economy.

“We can be very proud of our progress, but there is a lot more that we can achieve in the next 10 years. Alongside significantly reducing greenhouse gas emissions in the UK we could meet 30% of domestic energy demand and provide well over 30,000 new green jobs. History tells us that political support will be of paramount importance to fulfil this potential, and we will continue to lobby governments to secure policy commitments.

“However, the industry must also become self-sufficient to thrive and respond effectively to both UK and global challenges. This is our goal for the next decade – from coming out of the shadows in 2009, we want AD to be able to stand on its own two feet and grow into the major industry that we know it can be by 2030. The challenge is on.” 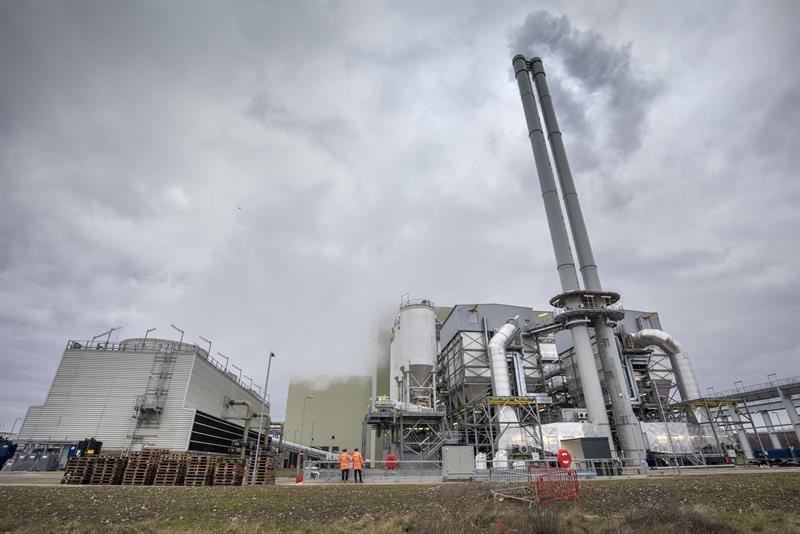