How the domestic HERU device could transform waste management

The HERU (Home Energy Resources Unit) is the size of a washing machine and has been designed to turn waste materials into energy within the home.
Energy from Waste
Editorial staff, Energy from Waste
Follow
Like

It is brainchild of resource management industry stalwart Nik Spencer and has been developed in collaboration with Brunel University London and some of the country’s leading tech experts from the Coventry-based Manufacturing Technology Centre, Mercedes-Benz’s Formula One team and Rolls-Royce’s aerospace division.

The HERU is an energy-from-resource device the size of a domestic washing machine that will turn household materials set to be discarded, including all grades of plastics, into power for the home.

It does this using cutting-edge heat pipe technology developed and patented by Brunel University London, which enables a low-temperature (up to 300 degrees centigrade) pyrolysis process to take place.

This happens in a top-loaded chamber, turning pretty much any materials you can think of, with the exception of glass, metal, batteries, chemicals and pharmaceutical products, into oil, synthesised gas and char. The resulting oil (a maximum of 5% by weight) is cleaned and released, the gas is piped into the gas tank where it is stored until needed and a small amount of ash is left behind following combustion of the char.

Because the temperature in the chamber remains relatively low, any glass and metal that are accidentally put in the device will simply be cleaned and should be put into the appropriate recycling channels at the end of the cycle, Spencer explains.

For each kWh of electricity used by the HERU it produces up to 2.5kWh of energy into the hot water system. The device connects to a 32amp socket and is operated by a simple touchscreen pad. It will run initially with a BAXI 128 combi boiler, although in time, Spencer anticipates the system will be able to run alongside a range of boilers.

"Any glass and metal accidentally put in the device will simply be cleaned and should then be put into the appropriate recycling channels."

The BAXI is able to switch from using gas from the HERU, if no potential waste is available to process, to run from conventional oil or gas.

Servicing too is made easy with users able to monitor performance remotely online and with the HERU initially designed to be installed outside. “We wanted it to be a machine that is not a nuisance for the home occupier, so an engineer wouldn’t need to make an appointment for its annual service,” explains Spencer.

Spencer, whose beginnings saw him studying animal husbandry at a Worcestershire college nearly 30 years ago, has since launched a number of successful start-ups within the resource management sector, selling to the likes of Biffa and Keir, the latter of which he worked on the board with for a number of years developing its environmental arm.

“I wanted to look at waste from a different angle,” explains Spencer. “Because at best we are collecting material from houses, taking it to EfW plants, making it into energy, using trucks doing 6m/gallon, using mass burn incinerators which are 25% efficient and then bringing the energy that’s left back to the house again. I wondered whether I could just bypass that whole lot and create something that is as simple to use as a bin.”

Predominantly self-funded, his project has also received £70,000 from Innovate UK for proof of concept, match-funded support from the MTC in Coventry and around £45,000 funding from Worcestershire County Council under its carbon reduction programme for the first three technical trial units, which are now up and running.

The first has been running at Wychavon District Council offices since March, the second was installed at Worcestershire-based Hillers Farm Shop restaurant in July, while the third trial is set to begun in September at one of Rugby Borough Council’s sheltered housing schemes.

The fact that Spencer recently received a personal letter from Sir David Attenborough stating his excitement about the potential of the HERU might give us a clue as to quite how game-changing this small piece of machinery may be for our environment.

Indeed, a comprehensive assessment of the technology carried out by Ricardo Energy & Environment last year found that when powered by domestic materials, the HERU could save each UK household around 72kg of CO2 annually, while combined with solar power it could save up to 1,200kg of CO2 annually, equating to 32.4 million tonnes, or 8.8% of the total UK carbon dioxide output if installed across all 27 million UK households.

"Spencer received a personal letter from Sir David Attenborough stating his excitement about the potential of the HERU device."

Furthermore, the HERU has 68% less global warming impact than co-mingled collections and 32% less than kerbside collections, with 554% and 733% less respectively when combined with solar.

Additionally, a major added value that came about as more of a coincidence is that the alkaline ash which is left in the chamber of the HERU helps to neutralise the acidity in our sewers, something that has prompted water companies to make enquiries about similar larger-scale devices.

The figures are compelling, but with a price tag of £19,000, they won’t be flying off the shelves just yet.

“I take comfort in the fact that the first Dysons were horrendously expensive,” says Spencer.

“We want to drive that price down to around the £5,000 mark, and that will come through legislation change – as in some type of government rebate when it comes to market; that will help drive volume production.”

So, initial focus is on production for commercial purposes such as restaurants, hotels and adult care homes as return on investment will be much quicker there, explains Spencer, and domestic production will follow.

UK firm James Clerk Technologies is the first company to be licensed to manufacture the HERU, and with fine-tuning continuing apace, it aims to bring the first machines to market in quarter three next year.

This article was written by freelance journalist Hannah Jordan and originally appeared on recyclingwasteworld.co.uk 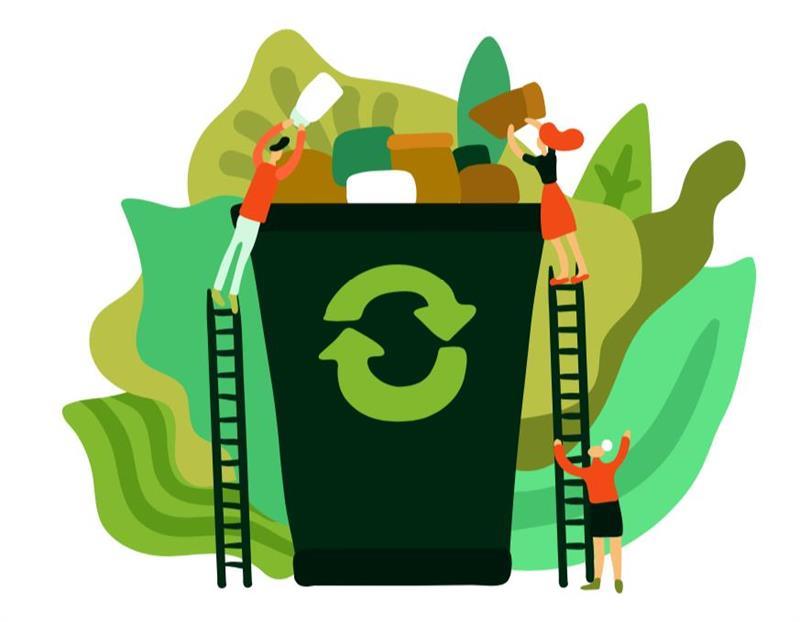 How the domestic HERU device could transform waste management

The HERU (Home Energy Resources Unit) is the size of a washing machine and has been designed to turn waste materials into energy within the home.