The global Energy from Waste landscape is changing

There are often so many variances within a single country that it’s difficult to sum up one nation’s EfW stance – and that’s before multiple geographies are thrown into the mix.

It wouldn’t – however – be too much of a stretch to say that generally the world’s appetite for EfW is growing. The reasons for this are multifaceted.

Take the UK. Domestically our EfW success has lagged behind that of some of our European neighbours, to a great extent because our resource agenda has never been as defined. In countries like Denmark and Germany EfW facilities are something to be proud of.

They lie at the heart of communities and form a widely-accepted part of the energy infrastructure. They’re not considered dirty or an eyesore, and the rest of the world could learn a lot from the mindset of such nations.

But this isn’t to say that the UK’s progress should be sniffed at. While landfill taxes inevitably forced progress – certainly a decade or so ago – and China’s pushback on waste has prompted change in more recent times, innovation has driven further EfW momentum too.

Gone are the days when the energy recovery route represented the lazy option. The waste hierarchy is in the public eye more than ever, which makes it difficult for MRFs and resource specialists to ignore the ‘reduce, reuse, recycle’ mantra.

Thankfully technology has become smarter, which means it’s now easier to extract as many valuable recyclates as possible from the waste stream.

Metal clean-up systems can now strip ferrous and non-ferrous materials from contaminants that would otherwise render them worthless. For instance: a more precise homogenous shred means it is easier for downstream separation equipment to do its job, and consequently the residual material that is processed for energy recovery is genuinely just that – residual.

Once equipped with these sophisticated yet simple lines the savvier alternative fuel producers have been left thinking ‘what now?’ Many are going back to the drawing board and considering other waste streams they can handle to manufacture an on-specification, high-calorific-value energy source. And with this comes further progress too.

Alternative fuel production is no longer simply the output of an MSW or C&I processing line. Thanks to machine-led innovation medical waste such as sanitary products does not have to go straight to landfill; it can now be shredded so that silicone absorption beads can be extracted for remanufacturing and the resulting ‘waste’ can be sent for energy recovery.

In Belgium we’re seeing pulper ropes – a notoriously complex wet metal and plastic mix from the paper recycling process – being processed to an SRF-specification for a client’s own on-site EfW plant.

The list of more novel EfW applications goes on – carpets, mattresses, production waste and more. There is certainly a tendency to look beyond what we have always known when it comes to EfW practice, and sourcing different input materials forms a key part of this evolution.

It is important to note that the quality of the output material also has a role to play in market innovation. As the quality increases some of the more established incinerator-type EfW plants will struggle to cope with this higher-calorific material. Gasification, calciner and main burner cement producers are currently the main offtake sources for this cleaner RDF/SRF.

However, a cleaner fuel is far easier to pelletise, which will open up the end-user market to include a wider number of power generation systems such as large-scale biomass plants.

With increased demand comes more activity, and perhaps even greater recognition of EfW as a product. It is unlikely that it will ever achieve official end-of-waste status, but countries such as Germany are getting closer to attaining exemptions for regulated companies that consistently produce good-quality pellets.

This would be a phenomenal breakthrough in terms of the role that EfW plays in the global resource mix and its acknowledgement as a renewable energy source.

The UK is a little behind this curve, but the quality agenda here is sharpening up. There was once a time when performance was judged primarily according to throughputs. But this is no longer the case. Following in the footsteps of countries like Germany and Belgium, UK fuel producers are now also contemplating the net environmental gain of their lines.

This sees them seeking to reduce the energy consumption of their EfW manufacturing equipment – which reduces running costs too – and taking proactive steps to lower the levels of fines, dust and noise pollution they create as bi-products.

Look further afield and there is more work to do. Countries in eastern Europe are typically less quality focused, primarily because their EfW markets are comparatively embryonic. They will advance over time, but their priorities are certainly less about the net carbon impact of their production lines at present.

Then there are countries that represent a bridge between the examples already given.

In Australia for instance alternative fuel production is also in its infancy in comparison to western European countries such as Denmark. But here Process Engineered Fuel (PEF) is gaining traction. Landfill rates are rising, environmental pressures are mounting, and China is forcing a new direction for Australia’s waste framework too.

Driving acceptance and securing outlets for EfW has not been without its challenges. Some large and/or government-led firms are producing and exporting fuels, but specifications remain extremely varied at present.

As this market matures – and more small and medium-sized businesses enter with their eyes on best practice – standardisation should follow when it comes to fraction sizing, product quality and calorific value. This will certainly be an exciting country to watch.

It is important to note that global knowledge transfer has had a demonstrable role to play here – evidenced by the number of international waste operators with a presence in Australia, driving a global knowledge transfer programme to strengthen resource security. Learnings from Europe and America are being shared here as the industry comes together to instigate change.

A similar principle of global influence could be seen when LafargeHolcim pioneered a shredding line to transform locally-arising footwear production waste into a <80mm SRF in Vietnam.

The move formed part of the brand’s global ‘green manufacturing’ strategy to reduce CO2 emissions, improve energy efficiency, reduce non-renewable fossil fuel use and lower the clinker factor in finished cement, and it became a talking point around the world.

The examples could go on and on. But the one thing that can be noted across the board is for the industry – on a global playing field – to keep talking.

Organisations within the same geographical supply chain need to better communicate to ensure materials are easier to reuse and recycle, by design. And EfW operators on an international level need to keep sharing ideas, updates and best practice to fuel progress on a much larger scale.

This article was written by Marcus Brew, MD of UNTHA UK. It originally appeared on recyclingwasteworld.co.uk in May 2019. 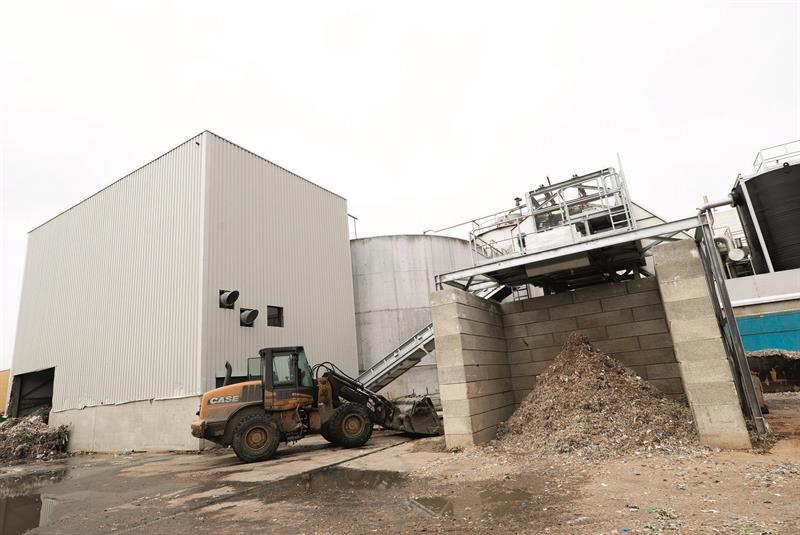 The global Energy from Waste landscape is changing

It would be foolish to claim that there is a sole overarching trend when it comes to the global Energy from Waste (EfW) landscape.