It is often assumed that the burning of waste will lead the public to forgo their eco-friendly habits entirely, especially if EfW is seen to be easier and more economically feasible than traditional recycling efforts because, for example, it does not necessitate the sorting of materials.

However, there is evidence to suggest that EfW is actually associated with better recycling efforts. WtE facilities and recycling are more complementary than conflicting, benefiting the environment in parallel.

For example, it has been reported that the five European countries with the highest recycling rates (Germany, Austria, Sweden, the Netherlands and Belgium) are among the countries with the most EfW facilities and usage in Europe.

Meanwhile, these countries use their landfills to dispose of less than just 1% of the waste they generate, with the majority being productively handled by EfW plants.

It may be concluded that this increased dependence on WtE has not resulted in any decrease to recycling rates.

Evidently, the myth of diminished recycling efforts may be disproved by contradictory evidence that’s quickly accumulating, highlighting a possible partnership between EfW and recycling, two endeavours that have for years been conveyed as opposing ventures.

There is no question that recycling is an incredibly positive method of dealing with waste; recycling one tonne of aluminium saves 14,000kWh of electricity, while there is literally no limit to the number of times you can recycle a Coke can.

However, this process isn’t without imperfection. The value of plastic has dropped, and outlets have dried up, having ripple effects across the entire recycling industry.

In addition to financial concerns, it appears that a staggering proportion of glass and plastic is still being sent to landfill, suggesting that traditional recycling efforts alone do not suffice.

Meanwhile, many recycling facilities are restricted to only collecting a few types of plastic, limiting the proportion of material that’s put to better use.

It seems that many of us recycle where possible and naively assume that we’re doing the best we can, making positive steps towards a better future.

However, in actuality the recycling industry continues to leave gaping holes in progress as a result of these challenges. More needs to be done and can be done, as proven by the increasing quantity of EfW facilities.

Waste disposal and waste treatment requires a number of solutions in order to effectively adhere to the principles of the waste hierarchy in a cost-effective and efficient way.

While waste prevention and recycling must be at the forefront of any waste management approach, EfW serves as an additional option that proves recycling needn’t be our only method of material reuse. These channels prove to work best collectively, handling all materials productively.

As recycling costs have risen, EfW plants have been found to generate 500kWh of electricity per tonne of waste, highlighting their indisputable productivity.

The government has invested heavily in public awareness campaigns focused on recycling, and the public has become increasingly passionate about material re-use.

However, in spite of the recycling efforts of the public, residual waste that is not suitable for recycling inevitably remains that needs to be disposed of. Waste-to-energy provides a clean alternative to landfill or shipping it abroad.

EfW puts non-recyclable materials to the best possible use. As we, without thinking, throw our waste in the bin only to be shipped off to European EfW plants or to developing countries, we’re certainly doing little for the health of our world.

With the help of EfW plants, we can more accurately say that we deal with all materials in an eco-friendly manor as energy is produced from every possible source.

Large amounts of ferrous materials are removed from waste streams at EfW facilities, contributing in part to an increase in recycling percentages.

Furthermore, bottom ash can be used as a secondary aggregate and actively contributes to recycling; simply put, waste-to-energy plants are designed to extend our re-use abilities from all angles.

There are a number of factors that can harm recycling efforts, including contamination, confusion over what can go into a recycling bin and a lack of financial incentive for recycling channels; EfW provides a fix when elements of the recycling chain fail to work efficiently.

Plants are often part of a council contract or they belong to a waste management company that also deals with other waste streams and recycling facilities. Plants simply need to emphasise that they are a solution for residual waste, engaging with the public to encourage recycling.

If we hope to create a healthy world for future generations, we need to understand all aspects of regeneration and energy development, including those areas that may have been unfairly tarnished.

EfW plants are not the smoke-pumping, landscape-ruining developments the public often fears. As Indaver continues to invest in the UK, we aim to design structures that blend with their surroundings and provide economic value to surrounding communities.

We hope to converse with the nation, igniting an incredibly important discussion along with the country’s unrecyclable waste.

It’s important to understand that the main alternative to WtE, landfill, is certainly not an endeavour that should be supported.

Nothing sent to landfill is converted into re-usable materials and little energy is produced, a fact that simply cannot be ignored.

EfW plants allow the energy from items that cannot be recycled to be sustainably recovered, making this the perfect partner for traditional recycling methods.

Indaver encourages the public to research and question, for we are confident that they will themselves discover what experts across the world already know.

This article was written by Gareth Jones, business development manager at Indaver. It originally appeared on recyclingwasteworld.co.uk in November 2018. 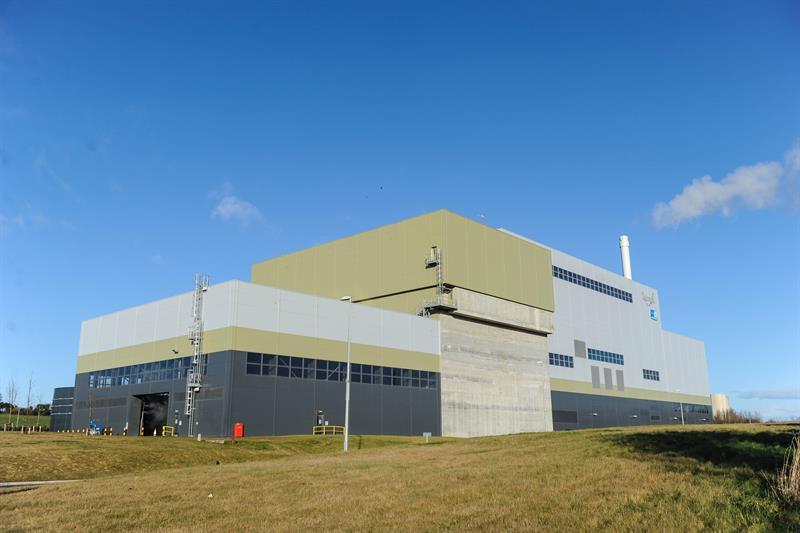 One of the most common arguments against Energy from Waste (EfW) is that they discourage recycling. But that's the wrong way to look at things.