What do we want? PLASTICS INFRASTRUCTURE. When do we want it? NOW.

Developing plastics infrastructure has long been a challenge in the UK. But industry experts say it's now or never.
Maddie Ballard
Editor of EfW Net, Mark Allen Group
Follow
Like Be the first to like this
0

There was frustration in the air at last month’s UK Plastics Reprocessing conference.

In urgent tones, speakers across the conference acknowledged that in order to meet UK plastics targets, reprocessing infrastructure needs to grow substantially – and quickly.

The UK’s largest organisations have committed to a number of plastics targets, the biggest among them probably WRAP’s UK Plastics Pact. Under this initiative, members have agreed that by 2025, all their plastic packaging will be recyclable, reusable, or compostable; 70% will be effectively recycled or composted; single-use plastics will have been eliminated where possible; and all plastic packaging will have an average of 30% recycled content – something that will also be enforced by a government tax set to be introduced in 2022.

But existing reprocessing capacity doesn’t cut the mustard. The UK currently has the infrastructure to recycle about 300,000-350,000 tonnes of the 1.1 million tonnes of plastic packaging it collects each year.

In order to meet recycling targets, speakers including Mike Baxter, external affairs director at Berry bpi Group, and Peter Maddox, director at WRAP, suggested we need to be recycling 700,000 tonnes by 2025.

Establishing the new plants and infrastructure to achieve such a shift will likely cost about £500 million – and because construction has a three-year lead time, we need to get cracking soon.

After you! No, please, you

Faced with the enormity of the task, however, some have been accused of hesitating. The necessary growth requires risk-taking: those with money or power must trust that their investment is worthwhile and viable; those operating the plants must believe they will have feedstock to process and a market to sell to.

But all the bodies that make plastic infrastructure happen – policy-makers, investors, waste managers, and the public – are struggling to reassure each other enough to take those risks. Before we can meet targets, Baxter said, “We need the capacity and we need the guarantees”.

In her presentation about how to meet recycling commitments, Kinza Sutton, head of public affairs and sustainability for Europe at plastics rPET producer Plastipak, summed up the sense of uncertainty industry players feel about when and where to invest.

When the 30% recycled plastic requirement is introduced, she said, "We don't know where we're going to get our feedstock from. Currently we are way behind [the capacity needed to meet near-future targets]. And we are getting poor-quality material through". The government has proposed a deposit return scheme (DRS), which will see used plastic bottles returned to plastic producers like Plastipak for reprocessing, supposedly enabling them to meet the 30% recycled content benchmark. But the scheme will not be rolled out until 2023, and its finer details still need working out. Sutton said the uncertainty about this scheme was holding Plastipak's investment in limbo.

"We're not going to invest in another mini-MERF at the beginning, because DRS should hopefully solve those problems," she said. "But we can’t be sure. We think the quality and quantity of feedstock will improve with DRS but we don’t know who’s going to own that feedstock.”

Her frustrations were echoed by Cloé Ragot, head of policy and sustainability at energy-from-plastic company Plastic Energy.

“We can’t secure plastic feedstock here in the quantity needed," she said. "It is very difficult to develop in the UK.”

Show me the money

The problem is compounded by a lack of communication between policy-makers, investors, and reprocessors over what funds are available and whether more investment is needed.

Maddox concluded his presentation with a call to action: “We need money. We need to work out how we’re going to get that big capital.”

Yet the problem appeared in different lights to other speakers, including Richard Kirkman, chief technology and innovation officer at Veolia, who claimed Veolia had the funds but was currently unsure where to spend them.

“We’re ready to spend another billion [on waste infrastructure] in the next three years if the right environment exists,” he said. “I don’t think the investment is really a big issue, we just need the conditions. There’s no shortage of money. But if I’m going to build a PT plant, I need to have offtakers.”

“There’s a huge appetite in government for innovating in plastics recycling,” he said, a statement met with some surprise.

Policy was another grey area, with delegates unsure what effect proposed government measures would have on plastics supply and demand, even as they acknowledged the benefits.

The UK government now, following consultation, intends to put extended producer responsibility (EPR) and deposit return schemes (DRS), and the plastics tax, in place in the early 2020s. But there is considerable controversy about how beneficial such measures will be.

A DRS will pump a huge quantity of feedstock into the reprocessing market and EPR will boost demand for that feedstock – but the infrastructure may not be there in time to meet the new volumes. Meanwhile, Sutton added, costs are likely to rise considerably for consumers, even if they can retrieve some money through the DRS.

Additionally, despite the months of consultation on each measure, the details remain controversial – and vague. To take the proposed tax, for instance, what will the rate be? When exactly will it be applied and who will pay? How will it apply to composite materials? Will there be any exemptions? And where will those taxes be used?

Delegate Jessica Baker, managing director at Chase Plastics, also acknowledged an historical lack of trust in government. “Treasury money pumped into the plastics sector has been used to fund reprocessing overseas, undermining the UK sector,” she said, prompting a telling ripple of nods.

Even if we know we need infrastructure, there is considerable debate about where we should start.

Quality versus quantity is a particularly thorny topic. Some industry players feel we should be focusing on the standard of reprocessing infrastructure: which polymers it handles, what quality of plastic it outputs, the redesign of plastic bottles for increased recyclability, the depth of citizen engagement. Others insist we should prioritise volume: how much plastic we can recycle, and how quickly.

Equally fraught is the question of whether the UK should export any waste. Several delegates lambasted the government’s decision to export hundreds of thousands of tonnes to Asia and Europe – and indeed, with a report emerging this month on how imported plastic waste is poisoning Indonesia’s food supply, the move feels increasingly unsustainable. What's more, Baker pointed out, exporting “undermin[es] the UK sector”.

Others felt that exports were a necessary evil, and far preferable to sending domestic waste to landfill. Kirkman said: “If we can invest in the UK, that’s great, but we import half our food and it comes packaged. Absolutely, if someone is sending bales to the Far East and it’s being dumped, that’s a completely different story”.

Maddox, supported by Baxter, highlighted a specific series of HDPE and PET plants he believes should be built to boost domestic infrastructure. But along the lines of Sutton, Jo Padwick, business transformation manager at Lucozade Ribena Suntory, argued that driving DRS and EPR had to come first.

“We really need the DRS to come through, because a well-designed system will give us that supply of food-grade rPET," she argued.

Repeatedly, the conference devolved into a chicken-and-egg arguments about what should be done first. What was striking was the willingness of everyone present to hear the other side, and their mutual acknowledgement of the issue’s complexity and urgency – but the conference ended with a sense that nothing concrete had been resolved.

Perhaps most strikingly, the speakers highlighted the need to educate – and get buy-in from – consumers regarding plastics recycling.

We all know we need to use less plastic. A DS Smith survey even shows that six in 10 (62%) of Europeans would be willing to pay 12.5% more for products with less plastic packaging. But the scope of the problem, the intricacies of plastics reprocessing, and the individual’s role in helping is less than clear to the consumer.

Padwick said, “Environmental consciousness is increasing [among consumers] – but they’re not exactly showing that in-store yet.

“The scale of the challenge can create paralysis and apathy among consumers – they don’t feel their actions alone will make a difference or that it’s worth going the extra mile. Changing behaviour requires effort and urgency.”

In order to improve recycling rates and accelerate policy decisions, the public needs to be on board. And to get the public on board, Padwick explained, we need to get consumers excited, and make it easy for them to recycle and choose products containing recycled plastic: “We need to make sure we’re designing our packaging for the laziest, most apathetic consumer out there. It’s all about collaboration.”

Sue Jay, Wales-based sector specialist at WRAP, added, “More than anything, we need to be honest with the consumer. It’s important that we tell the story about where materials are going and what’s happening so that people can gain more trust in the sector and can see what happens to their waste”.

Consumers will naturally be more inclined to help if they can see their part in the process and it’s easy for them to participate, delegates agreed – and without them, stimulating sector growth and support is a much bigger challenge.

So where to from here?

The conference suggested no one is quite sure. But the maths is clear: investment decisions need to be made now. And for those decisions to be made, industry needs to work together with policy-makers, investors, and consumers.

A climate emergency is no time to wait for someone else to act first. 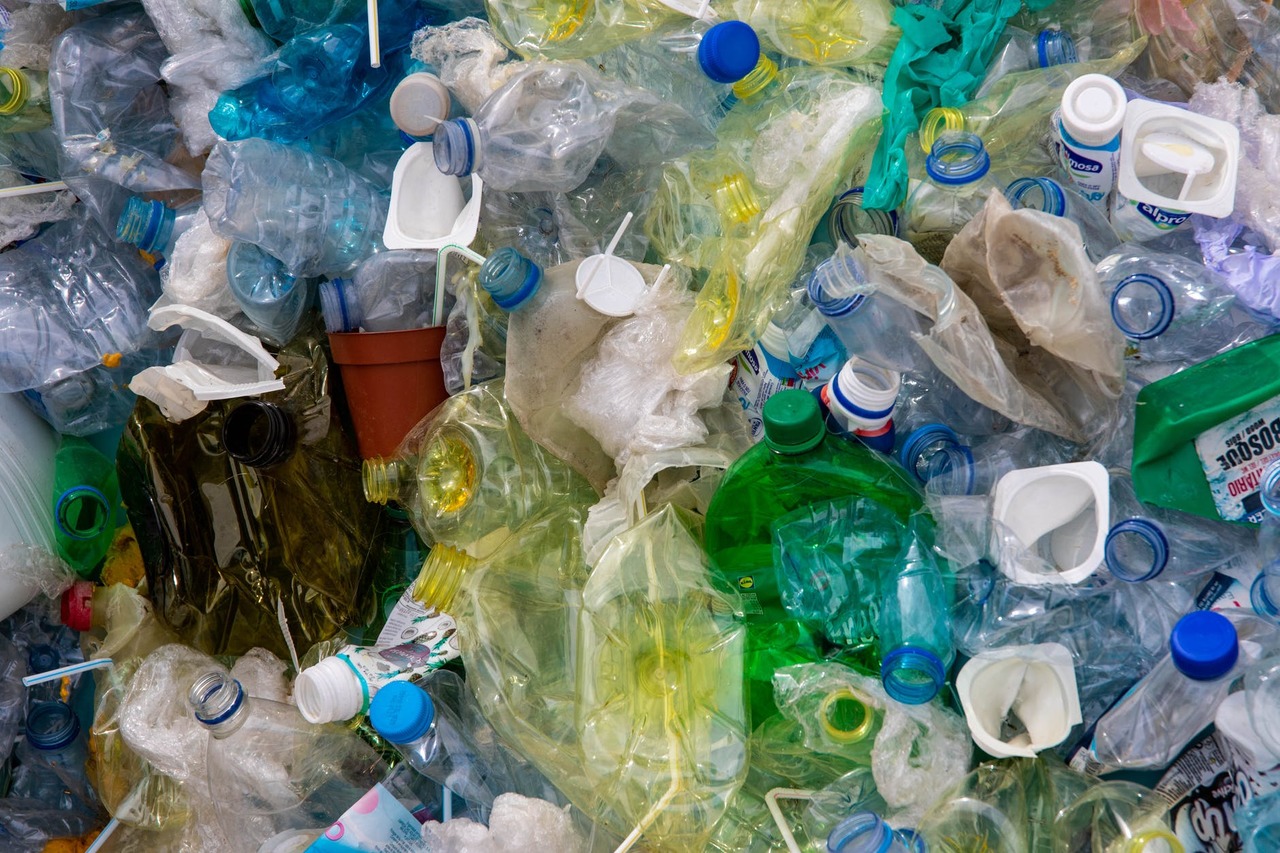 What do we want? PLASTICS INFRASTRUCTURE. When do we want it? NOW.