How has the PPA market evolved in the UK?

In the UK, PPAs have been around since 2005, but they only really started to gain traction from 2010 onwards.

At this time, Feed-in Tariffs (FiTs) and Renewable Obligation Certificate (ROC) subsidies provided a significant portion of revenue certainty for projects, which enabled some generators to enter into short-term PPA contracts.

However, the closure of the ROC subsidy in March 2017 encouraged generators to look at other business models, with generators starting to pay more attention to the commodity value of power in terms of market timing (when to lock a price in) and structure.

As a result, the UK PPA market has seen an increase in competition, which has seen more knowledgeable funders and owner generators leverage the value of market data.

Is there a typical PPA structure?

There’s no standard PPA – each transaction requires a customised approach.

However, PPAs are typically structured around the fixing of price, volume, and management of any imbalance risk. This will reflect the funding requirements, the risk appetite of the generator, and the PPA off-taker’s attitude to volumetric risk (how much energy to tie to the contract).

In addition, corporate PPAs, which involve generators contracting directly with end users, continue to be a hot topic for developers who perceive enhanced returns and businesses eager to demonstrate green credentials.

We have seen some pretty large and long-term corporate PPAs concluded, notably a 15-year deal with McDonalds, and a 20-year deal with Marks & Spencer. More recently, Rolls Royce signed a 25 year off-take with Belectric UK.

What is happening in the UK short-term PPA market?

In terms of short-term PPAs, we have seen prices under real pressure for the last six months or so, so it really pays to take advice based on market intelligence to fix at the best possible time.

Gas is a big driver at the moment. Year-ahead UK gas prices are 44% lower than they were this time last year, after major additions to global LNG supply, a mild winter, and demand fears over the coronavirus.

What are the prospects for long-term PPAs?

The costs associated with generating renewable energy are steadily decreasing as technologies become more efficient. With the phasing out of renewable subsidies and the growing demand from corporates for green energy, the prospects for long-term PPAs are good.

These vehicles not only provide institutional investors with greater planning security, but also ensure stable cash flow for generators over the long-term. We have come to describe this as ‘bank-ability’.

At New Stream Renewables we use PPA analysis tools to look at hedging structures well in advance of commissioning, ideally to cover the entire duration of the project.

What does “subsidy-free” renewables really mean in terms of PPAs?

Historically, renewable generators have been able to access government subsidies, tax breaks, or mandates. In the UK, this has included the Non-Fossil Fuel Obligation, the Renewables Obligation, Feed-in Tariffs (FiTs), and, most recently, Contracts for Difference (CfDs). All were originally designed to support early phase developments until costs reduced.

The challenge is still the funding and the ‘bank-ability’ of the PPA. In the UK, power prices have been decreasing for the last few months, but if we take a medium-term view on carbon costs and legacy fossil generation closure, we should see that price moving back up again and then the subsidy-free PPA looks more viable. Timing and structuring of the PPA will again be key.

Another important factor is the government’s commitment to achieve zero net carbon emissions by 2050 – and with the move to greater electrification and less reliance on gas, this should translate into a bright future for renewables generators, including in the energy from waste market.

Are corporate PPA contracts likely to increase in the near future?

Corporates buying directly from renewable generators, where there is a good fit and the numbers work, has been a really effective tool.

However, this market is still new and relatively small. From the buyer side, we shouldn’t underestimate the value placed by the corporate user on securing price certainty for energy that hedges against market volatility.

New Stream’s view is that with many corporates committed to meeting publicly stated sustainability and carbon targets, renewable corporate PPAs offer the opportunity to manage energy costs and deliver a lower carbon footprint, which is good news.

How would you describe your approach to supporting clients in what is a complex area?

Our team of market specialists is responsible for sourcing and structuring PPAs for projects throughout Europe, but the focus remains on the UK. We bring to the table market know-how, genuine trading experience, a huge amount of data, and analytics.

New Stream Renewables has been advising owners and operators of energy from waste renewables plants on the timing and structure of power purchase agreements (PPAs) since 2008.

We work closely with developers and funders to structure optimal PPAs for project duration, whether for individual assets or larger portfolios.

Comprehensive market knowledge and a solid buyer network are the basis for our forward-looking PPA strategy, so that a PPA can meet the needs of individual clients.

Our view is that PPAs can’t typically be standardised and put on an auction platform – if they are, then there is a risk of either undervaluing the renewable price or ending up with a PPA structure that doesn’t work for the company or individual.

The message here is that PPAs cannot be standardised because of market fluctuations and project variables – what’s needed is good market insight, trading knowledge, and data analytics. These are the foundations for delivering PPAs that deliver optimal value. 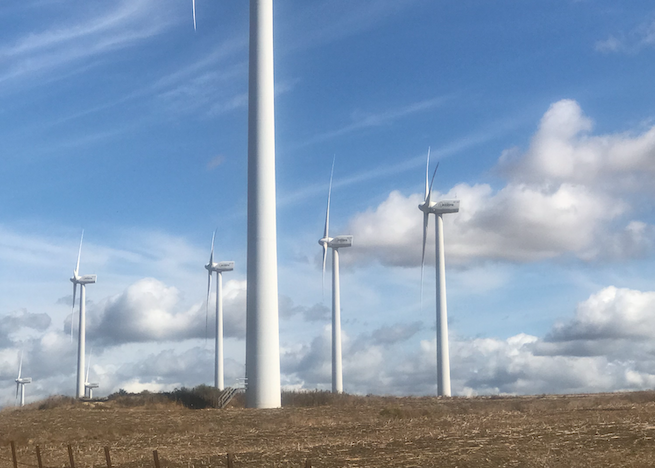 Gareth Goodall, head of trading at New Stream Renewables, assesses the current state of the UK PPA market and the opportunities opening up linked to cost reduction in energy generation.