Adam Read considers the role of EfW in waste management 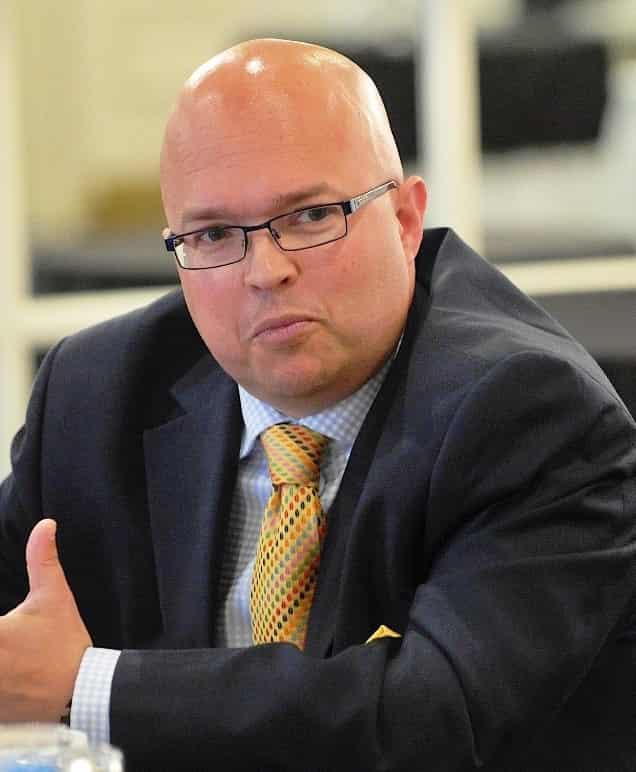 Every other month, Dr Adam Read, External Affairs Director at Suez, discusses the big issues from his point of view, and this time reflects on why energy from waste is still getting bad press and continues to be misreported by the media...

EfW - the big bad wolf or an acceptable transition technology?

Some of you might think that having an EfW portfolio right now is nothing but endless bad press, from new sites being blocked and procurements failing to reach completion, to a number of new reports calling into question the environmental credentials of energy (and heat recovery) and the health impacts of these sites. But I don’t agree!

Now you would expect me to defend EfW, given my current employment, but as a pragmatic resource manager and long-standing chartered waste manager I am comfortable defending the role of EfW in today’s waste management system and equally comfortable defending its position as an effective transition technology. A technology with a key role to play for the next 20 or 30 years (as a minimum) as we move towards more circular systems with greater resource efficiency, recycling and reduced consumption, which will clearly take some time to embed and deliver.

Progress is being made by working together….

As we progress towards net zero carbon in the UK by 2050, the carbon credentials of energy from waste will come under ever greater scrutiny, but the solution isn’t using new reports to try and undermine the current sector and discredit the technology. No, the answer must be a comprehensive programme of decarbonisation for all UK sectors that fully embraces the opportunities of the circular economy, with heightened recycling and recovery of secondary materials, heat and energy where appropriate. And this will require the sector to improve the efficiency of currently operating sites, ensuring all new sites are connected for heat export as well as electricity, and reducing the carbon content of the feedstocks we handle. So a more positive perspective is needed, focused on collaboration and inclusivity.

But the waste sector can’t achieve this improvement on its own, it needs consumers and producers to play their part too, and in the meantime demonising EfW is not helping ensure that the progress made over the last 20 years on reducing the carbon emissions of the sector by almost 70% are not undermined as we look to re-open landfill sites for our residual wastes.

Two particular reports have caught my attention in recent weeks, and are classic examples of research not setting the context accurately, nor comparing ‘apples with apples’, resulting in misleading but media friendly headlines that do little to progress the debate. 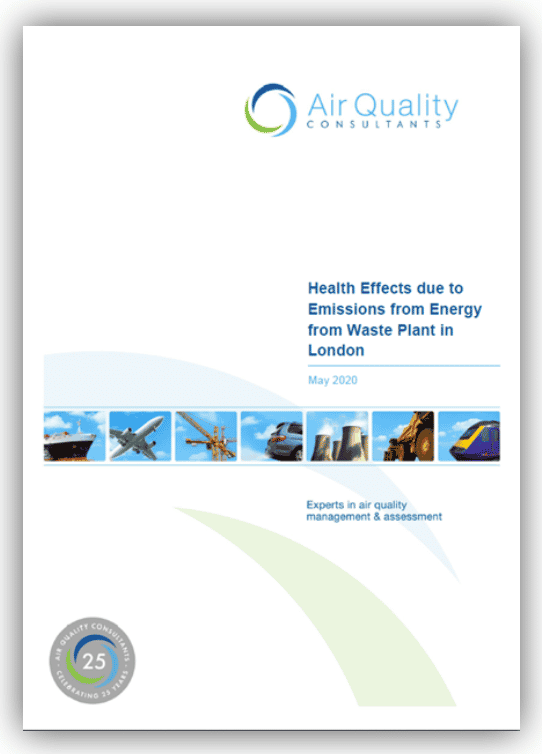 The first of these is the report commissioned by the GLA from Air Quality Consultants that reported in May 2020 but wasn’t released until October 2020. The take-away headline was ‘15 deaths per year in London are attributable to emissions from EfW facilities’ which the media obviously picked up on, rather than reporting the study’s primary finding: which was that ‘any health risks associated with modern, well-run, energy recovery facilities are extremely low, if detectable at all’.

The authors chose to focus on extrapolating the emissions data from London EfWs to produce an entirely notional and very emotive output that raised unnecessary concern and opposition towards a technology that has for many years successfully served a vital public function, namely protecting human health and the wider environment. After all, the sector is heavily regulated and emissions are well controlled, but those types of findings don’t capture the media’s attention and so don’t make the press release.

But my concern with this report doesn’t stop here. The data being reported is very much out of context with wider pollution levels in the capital. The worst NOx contributions reported were 0.6 yg/m3 from the EfW sites in London yet the background level was reported as 34 yg/m3 – so the sites are generating under 2% of the baseline level. Furthermore, the report suggests that the total annual deaths in London attributable to air quality is estimated at 9400, yet only 15 of those are attributed to the emissions from EfW sites (by mathematical interpretation rather than actual evidence), hardly a significant number, and yet the recurring headline from the media.

In addition, when you look at other emissions from EfW sites across the UK their production of PM10 is under 1% of UK levels compared to 5% from cars & lorries and 22% from domestic wood burning, and the same is true for PM2.5 emissions with EfW contributing 0.5% of all emissions compared to 34% from domestic wood burning and 5% from vehicles etc. So once again it seems the sector, and in particular this technology, is getting more than an unfair showing in both the scientific research and the wider media’s reporting.

The second report that has left me somewhat deflated in recent weeks was the Zero Waste Scotland publication 'The climate change impacts of burning municipal waste in Scotland'. A report of this nature has huge potential to drive debate, inform policy and dispel many of the myths surrounding EfW, but instead it chose to use inaccurate assumptions and old data sets, helping to reinforce a somewhat stereotyped view of EfW.

Again, the early positive statement about EFW undertaking a 'sanitary function' is then ignored throughout the rest of the discussion as they compare EFW with a pure power station in terms of carbon intensity (apples and bananas springs to mind). Clearly such a comparison is flawed and fails to recognise in the assessment the unique sanitary function of EFW. But this is not the only mistake in the report, which provides no evidence to support their position in favour of the geological sequestration of organics in landfill, and suggests that MBT extraction of recyclable materials is viable when the quality of the paper and plastics can only ever be downgraded through these approaches. In addition, current UK-wide policy is very much focused on better design, source segregation and early recyclables capture to ensure quality of materials for secondary reprocessing, but the assumptions in this report run counter to this widely supported policy agenda.

Finally, the datasets used in the assessment appear incomplete, using data or assumed data for sites not fully operating. They apparently fail to account for the burdens of MBT pre-treatment between the different plants and also fail to consider that the best solution for improved recycling is not seeking to recover materials from residual waste, but rather to improve the performance of recycling.  Improving recycling ensures these items never end up in the residual waste stream in the first instance, providing quality secondary resources back to the market.

In summary, the report overstates the carbon benefits of landfill, and downplays the carbon benefits of EfW, whilst not giving EfW credit for avoided landfill emissions when comparing the 2 treatment options, which is hardly a robust position from which to inform policy. What the report has done is reconfirm (at least in the media’s eyes) that EfW is bad, and this is not the platform we need to be starting our transition from.

It is time that we have sensible, honest and scientific based discussions about how we effectively decarbonise the UK, the role of energy recovery in this transition, and the opportunity for newer technologies to help move us forward on resource efficiency etc.

Several months ago Policy Connect issued their own report on EfW (No Time to Waste), with quite a bit of political support, highlighting the role that EfW can play in delivering a net zero carbon society. Headlines included the importance of utilising waste heat, changing the composition of residual waste (to reduce its fossil fuel content), decarbonising EfW sites through technology innovation and carbon capture and storage options, and the need for better social dialogue about the valuable role that EfW can play in protecting the environment. This report was well received by the sector, but got far less traction with media, probably due to a lack of shocking headlines and bad news stories. 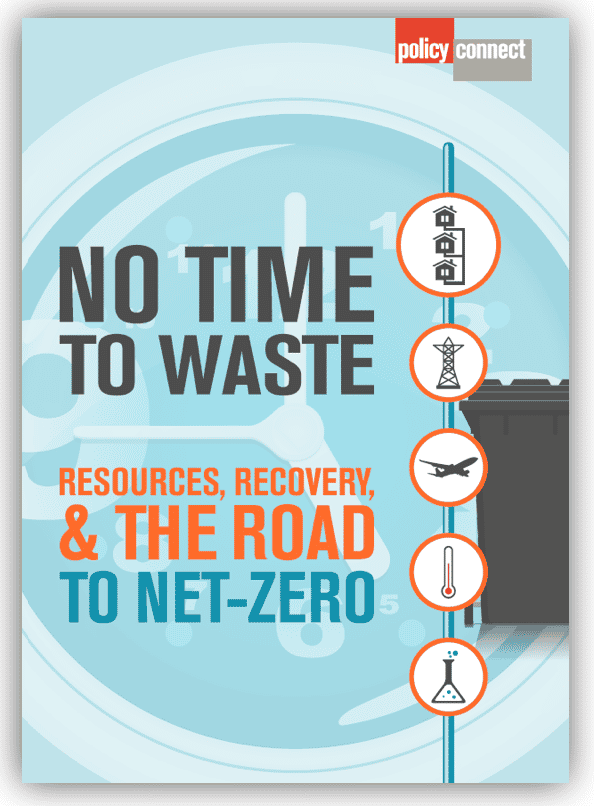 The ESA is currently working on a decarbonisation strategy for the waste and resources industry, and will look to drive forward some of these issues in the coming months, along with raising societal awareness of the critical role these sites will play for the next 20 years as we move towards more sustainable resource production and consumption.

There is little doubt in my mind that we need EfW as part of our transition to a circular system, and it is a transitional technology which will be key in the next 20 years as we see the impacts of eco-design, EPR and consistency in collection policy reforms take hold. But we can’t go from 45% recycling to 80% recycling in only a few years, so let’s be pragmatic about weaning ourselves off of energy recovery solutions and explore opportunities to fuel green recovery of other sectors including agriculture, transportation and manufacturing.

Our sector remains committed to reducing landfill, and we acknowledge that we can improve the performance of the sector by decarbonising the feedstocks (by supporting our customers), and by improving thermal efficiency at the sites (through heat offtake) and the application of carbon capture and storage techniques. We are actively exploring these opportunities right now, so watch this space in the coming months…

As with all my ‘blogs’ they are mine and mine alone. If you would like to get in touch or comment on my thoughts then please do so, I am more than open to some good old fashioned debate and dialogue. Please email me on adam.read@suez.com.

Adam is External Affairs Director at SUEZ Recycling & Recovery UK Ltd, working with DEFRA and other key stakeholders on the rapidly evolving policy landscape in the UK. He is also the Senior Vice President of the CIWM and a member of their Trustee Board.

He has over 25 years of waste & resource sector experience spanning academia, local government, consultancy and for the last 3 years in the private sector with SUEZ. He is also a Fellow of the RSA, RGS and IOM3.

Energy from Waste
FREE WEBINAR - An ageing plant? Reduced efficiency? The first in our FREE webinar series, could be what you are looking for...
Webinar Sponsor content Exhibitor content CCUS
News

FREE WEBINAR - An ageing plant? Reduced efficiency? The first in our FREE webinar series, could be what you are looking for...