For two years, the UK has been fully transfixed on Brexit.
Jo Gallacher
Editor, Mark Allen Group
Follow
Like

Phrases including the Norway model, Irish backstop and People’s Vote have become common parlance as our legislatures thrash out our messy break-up, effectively deciding who gets to keep what.

One cannot help but wonder what national and international developments government could have facilitated if it had focused its passions on the single largest threat to our planet: the increasingly obvious impacts of climate change.

It probably took the nation by surprise last month then when Chancellor Philip Hammond interrupted regular scheduled parliamentary bickering to make his Spring Statement, outlining the government’s intentions over the coming months.

Given clean-growth is seen as one of the Conservative government’s only welcomed vantage points, representing an easy win across the chamber and with voters, it was pleasing to hear more alignment to renewable energy and circular policy.

Among the headlines were a promise that all new homes built from 2025 onwards will be heated without fossil fuels, with government introducing a Future Homes Standard to deliver low-carbon alternatives with lower fuel bills.

There will also be a drive to increase the proportion of green gas to the grid, which alongside being a welcome contribution to reducing CO2 emissions, also offers ample opportunity to emerging bioenergy technology.

Bioenergy, which uses sustainable biomass and biofuels produced from wood, crops and food waste, currently meets 7.4% of the UK’s current total energy needs. This, teamed with a prospective nationalised food waste collection in England, which guarantees a regular feedstock, should put confidence in the market.

Yet appetite for anaerobic digestion is remarkably low in the UK. Failed projects and a focus on the very visible issues of plastic pollution and overpackaging has meant AD has not received the same level of investment as traditional waste facilities.

It makes business sense, given materials such as metals and plastics have a guaranteed end market and feedstock is relatively consistent. Yet Hammond’s latest announcement could represent a shift in focus for the waste sector as more funding is put into bioenergy.

Stephen Wise is bioenergy director at Dublin-based Energia, which has just signed a €50m contract with waste management firm Panda to process its organic waste collections once its new site in north County Dublin is in full operation. He claims the UK waste industry’s lack of interest in bioenergy represents a missed opportunity.

“There is a real good news story here yet the waste sector only really whisper it as it is not where their focus is. The waste sector is more focused on collections, thermal Energy from Waste (EfW) and dry recyclables rather than organic waste.”

Wise argues this lack of investment is leading to oil and gas sectors, rather than waste, becoming more closely aligned to bioenergy. This is further undermined by a lack of consistency in government subsidies for renewables, which creates uncertainty for investment.

Given the government’s Renewable Heat Incentive (RHI) funding is predicted to run out within the next two years, it makes sense for the waste management industry to funnel their money into other more stable projects with a positive track record.

Wise hopes that the Chancellor’s statement can help to instil confidence in the technology and the bioenergy sector, but until the waste industry is fully behind AD, possible resource is being wasted.

He adds: “I do believe that the bioenergy sector using AD technology can play a significant role in reducing our reliance on fossil-based energy. But it must be aligned with other areas such as the Resources and Waste Strategy so that we capture the organic waste, which becomes the fuel for the bioenergy plants.

“This has the double benefit of increasing recycling and creating energy that can be used locally – it really is a practical part of the circular economy and much more so than Energy from Waste.”

So is Hammond backing the right horse? The science seems to think so. In a recent report by the Renewable Energy Association (REA), bioenergy was found to be a major contributor to cutting emissions and boosting green jobs. It said bio-based fuel technologies cut 19.7 million tonnes of CO2e per year, replacing £21bn worth of fossil fuels and supporting 46,000 jobs throughout the UK.

The report is the first instalment in the REA’s Bioenergy Strategy, an industry-led review of bioenergy’s potential and the policies needed for it to maximise potential through to 2030 and beyond.

“There’s amazing, world-beating innovation already happening here. We need to think carefully about how these sectors work together to get competitive, sustainable energy from our domestic and global bio-resource.

"This means securing existing bioenergy markets in the UK and addressing the widening policy gap to ensure skills and supply chains are maintained to deliver future growth.”

The Anaerobic Digestion & Bioresources Association (ADBA) has long lobbied for more infrastructure to deal with organic waste, citing the potential the circular solution could bring to British businesses.

ADBA external affairs director Jon Harrison says: “It is vital that the AD industry is recognised and rewarded for the benefits it delivers in terms of waste management, greenhouse gas abatement, energy and food security, and soil restoration.”

Government confirming a long-term support programme for green gas would send a positive signal to both investors and developers of AD facilities and reduce investment risk in this important industry. The promised consultation looking into how to encourage green gas to the grid will soon be launched, but the wider question is whether the waste sector will fully embrace AD in and gain a stake in this emerging technology.

Though many are keen to avoid the pitfalls, it would be unfair to argue that the waste sector has fully turned its back on the technology. Last summer, Velocys secured £4.9m funding to deliver the next phase of its waste-to-fuel project after partnering with British Airways and Shell.

The firm is currently developing a plant, partly funded by the government’s Future Fuels competition, which would take post-recycled waste destined for landfill and covert to clean-burning sustainable fuels for jet engines.

Given just 2% of transport fuels are currently renewable, the project may hold the key to revolutionising one of the most environmentally damaging forms of transport. Although these projects are deemed high-risk, they can also be highly lucrative endeavours for waste management companies looking to stratify their portfolio.

If government is serious about creating more renewable alternatives to fuel the future, it will need to back up its promises with financial incentives to facilitate growth in the sector. With so much of the country’s future up in the air at the moment, bioenergy is far from a priority for both government and industry.

But in order to keep global emissions below 1.5C to avoid environmental catastrophe, as advised by a damning IPCC report, then part of the solution needs to be decarbonising the energy market through a series of new renewable technologies. Climate change is not a partisan or political issue, but a human one, much greater than any referendum vote. Now that should be what the UK is transfixed on.

This article originally appeared on recyclingwasteworld.co.uk in April 2019. 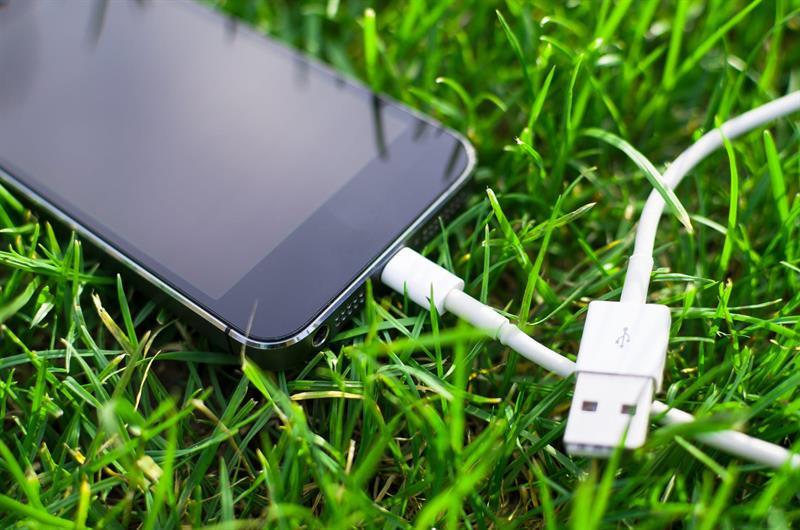 For two years, the UK has been fully transfixed on Brexit.