From whisky biofuel to an alternative to plastic, start-ups are taking the lead in green business and the circular economy.
Jo Gallacher
Editor, Mark Allen Group
Follow
Like

Every industry is driven by innovation. It’s the catalyst which allows businesses to gain a competitive advantage and offer customers something new and unique. While many anticipate change to be dictated downwards from the big giants, a new pattern seems to be emerging, with start-ups leading the way.

Leaving the safety blanket of a regular income, guaranteed pension and structured hours to set up a new business is a difficult decision to make. Yet fortune favours the brave, or so the old saying goes, and the benefits can be fruitful.

A remarkable 195,538 start-ups were set up in the UK this year alone, according to StartUp Britain, encouraged partly by the current government’s efforts to build an “enterprise-led recovery” following the economic crash of 2007-8.

It will come as no surprise then that the resources community is also benefiting from this rise, with a number of companies set up to tackle one of the larger challenges the waste industry has to face: how to become a more circular economy.

One of the many start-ups building a successful business on the principles of the circular economy is Celtic Renewables. The Scotland-based business uses the by-products of one of the country’s largest exports, whisky, to create a biofuel fit for engines without any need for moderation.

With a 10% European target for energy from renewable sources in transport by 2020, Celtic Renewables’ process couldn’t have come at a more pressing time. Yet according to the company’s CEO and founder Professor Martin Tangney, the technology isn’t quite as new as it sounds.

He says: “The basis of the company is AD fermentation, which at its peak was the second-biggest biotech the world had ever seen. The process was developed in the 1900s, but it needed a high concentration of good, clean glucose to make it work, meaning it only ever operated with high-value inputs or crops.

“It died out in the sixties because of the cost of the raw material. Only a handful of people in the world were working on it because it was a defunct technology and people only fund research into sexy topics, so I thought surely I could find something different.”

After researching and developing the technology for two years, Tangney mastered how to alter the AD process to work on ‘low materials’ such as by-products, meaning a much lower cost of production.

In 2012, he set up Celtic Renewables where the technology then was then put through its paces at pilot stages in Belgium and Switzerland. Last July, Tangney closed the loop and drove the world’s first car fuelled with biofuel from whisky by-products.

If this wasn’t nerve-wracking enough, Tangney’s experiment was also being recorded by a television news crew. He adds: “My wife thought I was insane for not having tested it first before the cameras, but then I said, well, it wouldn’t be the first in the world if I’d have done that. World’s first is world’s first. And it drove fine, it was brilliant!”

Celtic Renewables has now got planning permission to build a chemical site in Grangemouth, Scotland, where the oil will be refined. This site has been funded from both a £9m grant from the Scottish government and community funding website Abundance.

When the fundraiser went live, the company raised an impressive £500,000 in the first 24 hours, raising in total over £5.5m. It now has the backing of a range of investors, something which certainly adds pressure for Tangney.

He says: “I’ve had people walking up to me and saying I’ve put some of my pension in this, or someone’s inheritance got put in there. You do feel a responsibility that this isn’t some multinational corporation, these are real people you work with and you know not to take those responsibilities lightly.”

No such thing as waste

Also trying to find its name as a circular economy business is Cambond, which turns waste streams into upcycled products. The start-up began life trying to replace toxic formaldehyde glue in MDF and fibreboard but soon realised that when mixing plastic with resins and plant substitutes, it could produce a material similar to plastic but with only half the oil.

Although the product has a large potential to replace many plastic-based products, Cambond struggled to get UK investors behind it. Gareth Roberts, responsible for business development at the firm, says: “It’s been really difficult to talk to people and make contact. We’ve had no response from big companies, it’s definitely difficult for a start-up to make these contacts.

“My business partner is Chinese so we had lots of contacts with local government and investors and eventually set up a joint venture in the country, which is now manufacturing and producing, meaning we can now give potential customers one tonne of the material as an example.

"There’s plenty of small factories who are happy to take a risk in China, but we found it’s much tougher in the UK.”

One of Cambond's many products made of recycled materials

Fortunately, Cambond was shortlisted by the Shell Springboard awards, which funds entrepreneurs within the low-carbon economy. This recognition has bolstered the brand’s awareness and given it a platform to explain the benefits of the product to potential investors.

This, alongside an award from the Design Council, has enabled the start-up to expand. Roberts adds: “We now have a couple of industry partners who are interested in the concept, but this is a recent development.”

After proving the process is scalable, Cambond now has plans to make lots of standard everyday items from the new material. In the meantime, it will be working hard to attract the attention of UK investors, something which has been made easier with the current anti-plastic crusade, suggesting timing is vital when it comes to start-up success.

Roberts says: “Lots of people are understanding the pressure to deliver something; of course it’s good for business when everyone began talking about it.”

Awards undoubtedly help to boost a company’s profile, and also joining Cambond in the Shell Springboard programme is Carbogenics. Having just celebrated its second year, the company is still in its infancy but is well on its way to becoming a beneficial aid to AD process.

The company converts carbon-rich waste such as paper cups into an adsorbent for bioprocess intensification, aiding the efficiency of anaerobic digestion and therefore helping to make more biogas.

Carbogenics joins a long list of companies focusing on decreasing the environmental impact of big business. So why is it that start-ups, rather than large corporations, are coming up with these innovative processes?

Founder Jan Mumme says: “Many times it’s the inventors or researchers who have these great ideas, but they’re difficult for large companies to pick up because it’s a risk.

“I guess it comes down to inventors willing to take more risks than established companies, and if the big companies do get interested it’s only when start-ups have demonstrated some sort of commercial viability.”

With a larger focus on making a more sustainable, green future, Mumme believes the UK will see an even greater increase in the number of start-ups. He says: “All areas are under high attention for innovation. Universities are investing a lot, there’s a lot of good people out there with promising patents.

“I wouldn’t be surprised if we weren’t to see new inventors and entrepreneurs coming to light next month or year, it certainly is an exciting time.”

This article originally appeared on recyclingwasteworld.co.uk in May 2018. 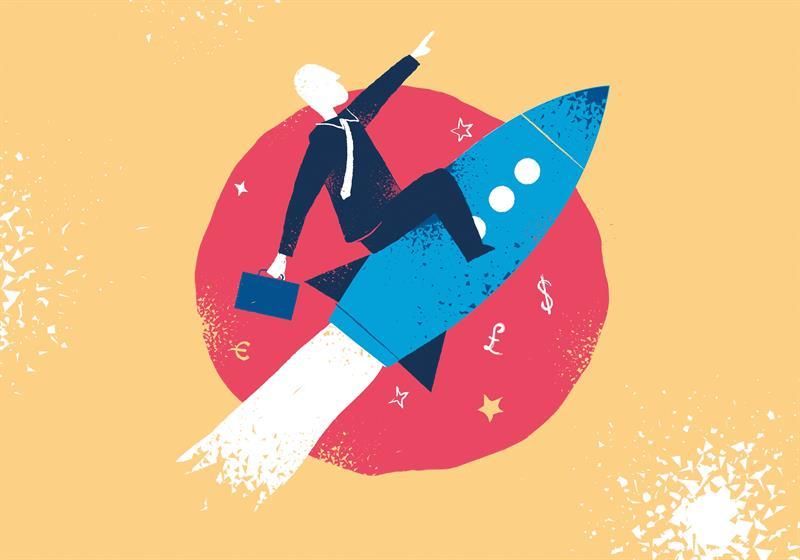 From whisky biofuel to an alternative to plastic, start-ups are taking the lead in green business and the circular economy.