The idea not only decreases the amount of CO2 released into the atmosphere but also helps limit deaths caused by carbon monoxide poisoning from conventional cooking fuel.

The annual competition, which ran for the sixth time this year, focuses primarily on addressing climate change. Leafy Ke won the global final in Amsterdam, beating out 2,600 entrepreneurs who had entered the competition from 53 countries.

Leafy Ke received a money prize and will go on to enter the European Institute of Innovation and Technology’s Climate Knowledge and Innovation Community’s (EIT Climate-KIC’s) Accelerator programme for cleantech entrepreneurs, along with 15 other finalists.

The EIT Climate-KIC is the body behind ClimateLaunchpad.

Peter Gachanja, COO of Leafy Ke, said: “This means so much to us. This means parents will be able to look after their families better.

“Children won’t have to sleep with smoke in their homes from dirty fuel. And carbon emissions can be significantly reduced.”

ClimateLaunchpad this year saw much greater participation from entrepreneurs in Africa, with the help of Irish Aid.

Next year, organisers hope to expand the competition further, taking in 70 countries.

In the past six years ClimateLaunchpad, which focuses primarily on addressing the climate crisis, has generated more than 6,700 ideas and 8,000 jobs within 1,900 start-ups. 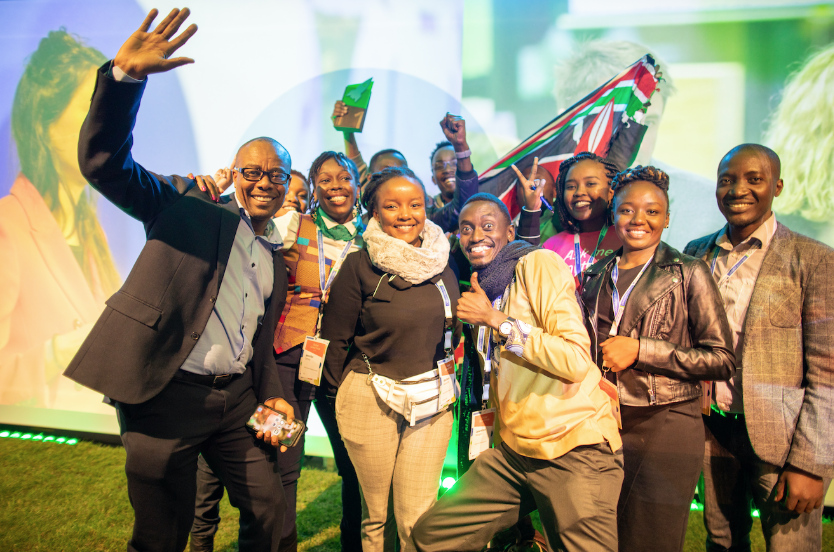 Leafy Ke bursts onto the scene with an energy from waste (EfW) innovation: fuel from nappies.