Following the debate, the ESA’s executive director Jacob Hayler said that the ESA were pleased to hear further confirmation that the Government would only consider a tax on energy recovery if the wider policy interventions under the Resource’s and Waste Strategy (RWS) failed to deliver their intended outcomes.

“Extended Producer Responsibility (EPR), deposit-return schemes, greater consistency and the tax on virgin plastics will all help to drive more material towards recycling and strengthen, what can be, volatile and constrained markets for some materials,” Hayler said in a statement released last Wednesday (13 January 2020). “Without these measures in place, a new tax on energy recovery would simply make residual waste treatment more expensive without stimulating alternative market capacity - locking tax-payers and businesses into increased costs without any environmental benefit.

“Energy recovery facilities serve a vital public function and are a complementary component of the waste hierarchy. Their environmental performance is monitored closely by UK regulators and, in the majority of cases, local communities are directly involved in the process of determining planning consent for new facilities, which receive significant public scrutiny. As the minister pointed out yesterday, the Environment Agency consults with Public Health England, among other consultees, when considering new plants and will only permit new facilities where there is no risk to public health.”

The ESA said that they are in support of the government’s emerging RWS strategy which, Hayler explained, will help to drive more material further up the waste hierarchy if implemented correctly.

“However, as the minister pointed out during the debate yesterday, even if the UK achieves its target of sixty-five per cent recycling by 2035, a proportion of residual waste will remain and require an energy-recovery treatment solution if the Government also wishes to hit its target of sending less than ten per cent of residual waste to landfill over the same time period,” the statement continued.

“The role of energy recovery in the UK’s waste management system has been well debated for many years and we believe that consideration is best now given to upstream interventions that seek to limit the volume and type of materials entering the residual waste stream in the first place - particularly those which could and should be recycled.

“If we can get these upstream interventions right, which includes getting consumers to play their essential role in this system too, the debate around energy from waste becomes moot.”

ESA executive director Jacob Hayler will deliver a session on Policy analysis and industry response on day one of our EfW Conference 2021 - plus, an overview of the sector from chairman Gavin Graveson to kick off the event in an introductory session. Book your place at Energy from Waste Virtual, 10-12 March, here. 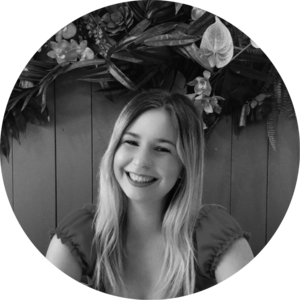 Operational Optimisation has been moved to 27-28th April 2022